The responsibility for opening the Annual General Meeting of Shareholders which took place today in the Kursaal fell on Jokin Aperribay. The “txuri urdin” President began with a message of “confidence in the face of the bad streak the team is going through”. The Club’s President began his speech by talking about the future, and about building a strong and stable Real Sociedad. He stressed that for the first time ever, this year’s budget will exceed 85 million euros. “Stability has been one of the key factors in our management: it is the playing field this club needs to move forward, to meet the challenges of the future”.

Aperribay placed special emphasis on a new people-based management model. “With this new model, we want people to feel that Real Sociedad cares about them. We are working on the bonds that exist between Real Sociedad and Guipuzcoa and with the fans. We want to be a role model based on values that are in line with the essential nature of the people of Guipuzcoa. That is why Real Sociedad represents Guipuzcoa, because it represents the values of its people”.

Aperribay detailed the challenges the “txuri urdin” club faces in the days to come. The remodelling of Anoeta stadium is “the best signing we could make and it will help us to be more competitive, with new grandstands and spaces especially adapted to audiences that like to experience football in different ways”. Digitalisation is another of the pillars he emphasized in his speech. “It is a tool that allows us to be closer to our fans, to get to know them better, to adapt to their needs and the bond with grassroots football in Guipuzcoa". Aperribay also referred to Zubieta. The President stated that he will continue to invest in methodology designed to improve training through digitization and he announced the creation of a new field to replace the z3 field, not to mention a new car park and improved facilities. Aperribay concluded his speech by pointing out that Real Sociedad must develop programmes and projects that will take it to the people.

Councillor Jesus Ruiz confirmed the envisaged total cost of the work to remodel the Anoeta Stadium, including the mini-stadium - 49,11 million euros in total, of which Real Sociedad will contribute 35. Ruiz also pointed out that, until now, “the proposed schedule for the project is being respected and the work is being carried out at the right pace to ensure compliance with the milestones or stipulated dates of the different phases”. The final contractual date of the whole project will be the 31st of October 2019. In the video below, you can see the current status of the works and the evolution of the remodelling process. 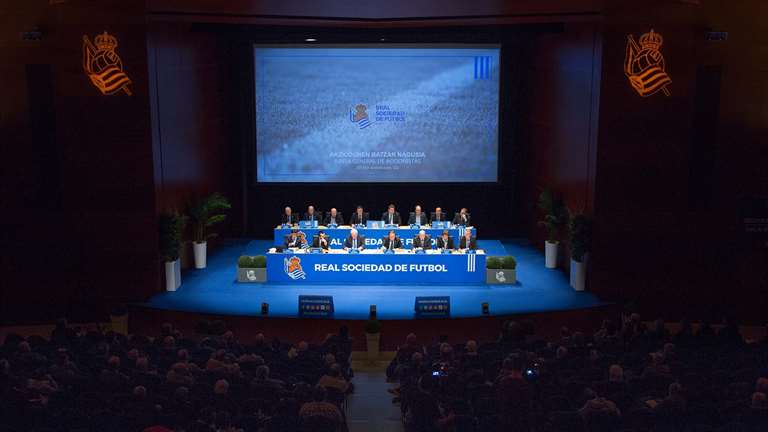 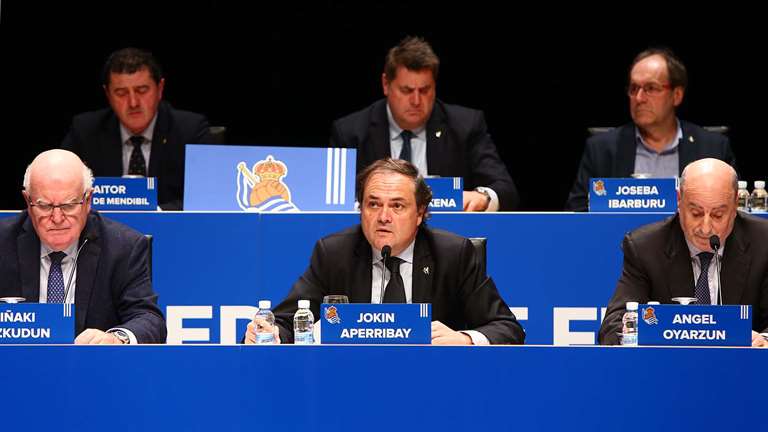 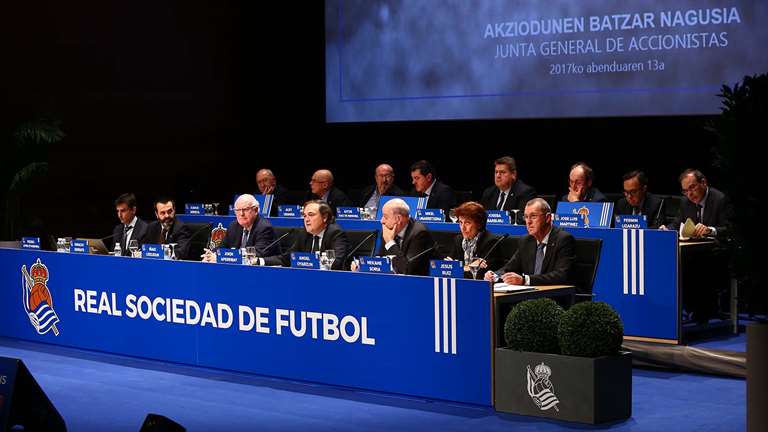 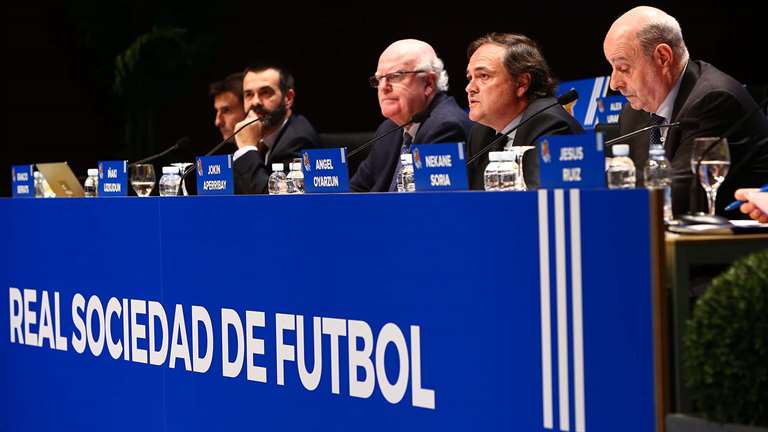 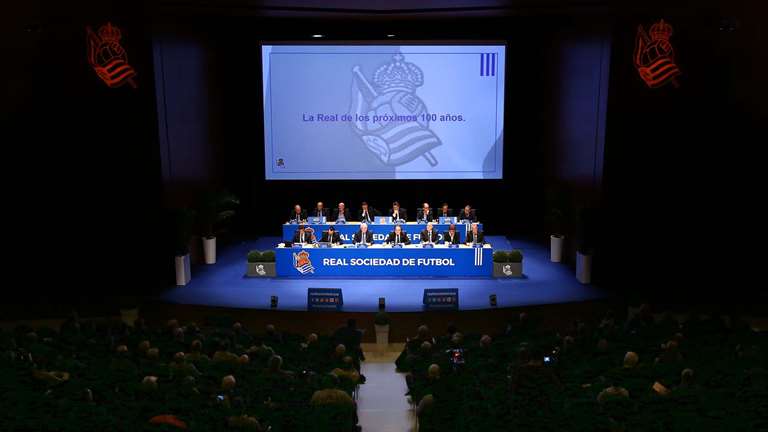 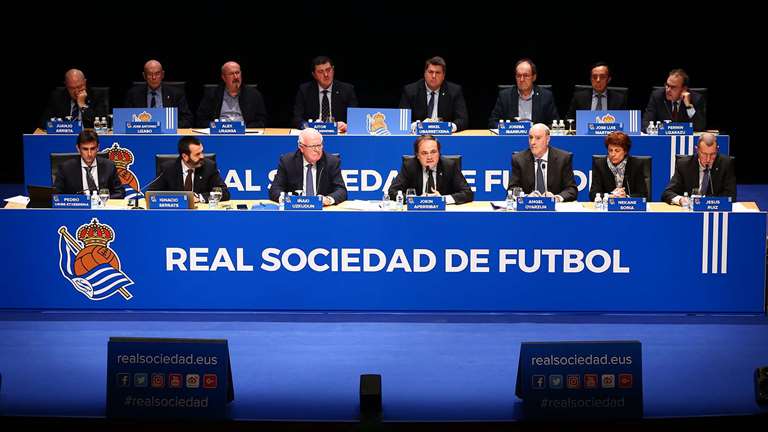 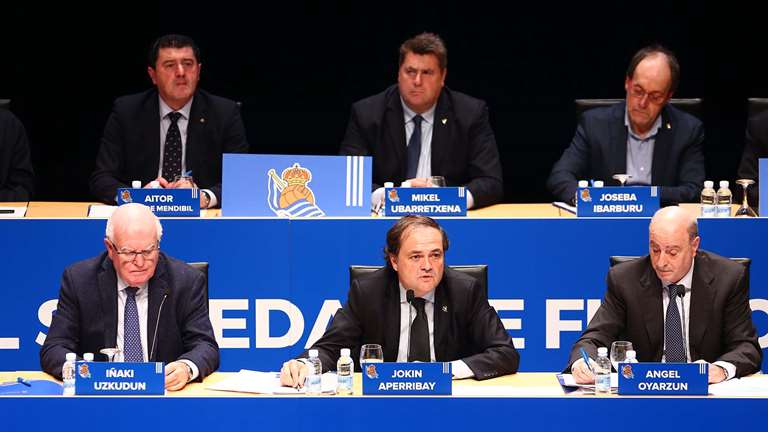 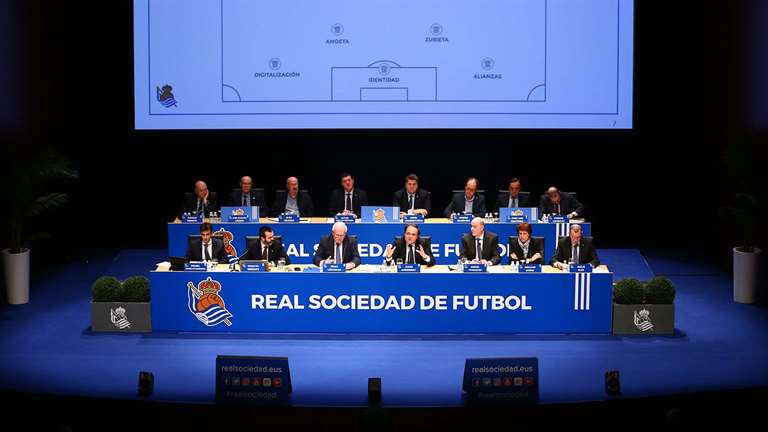 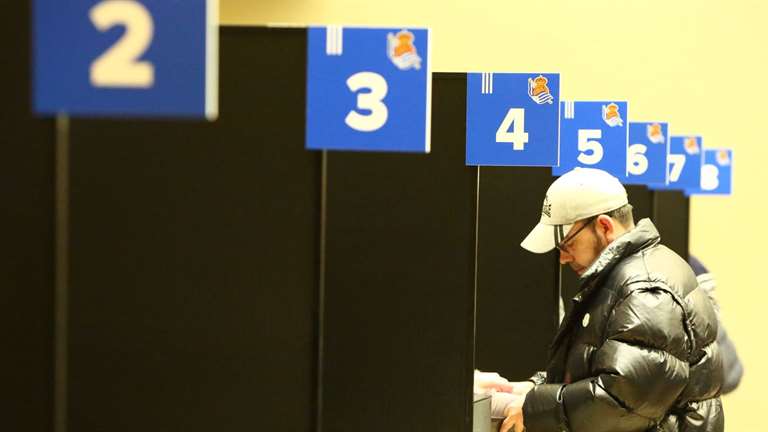 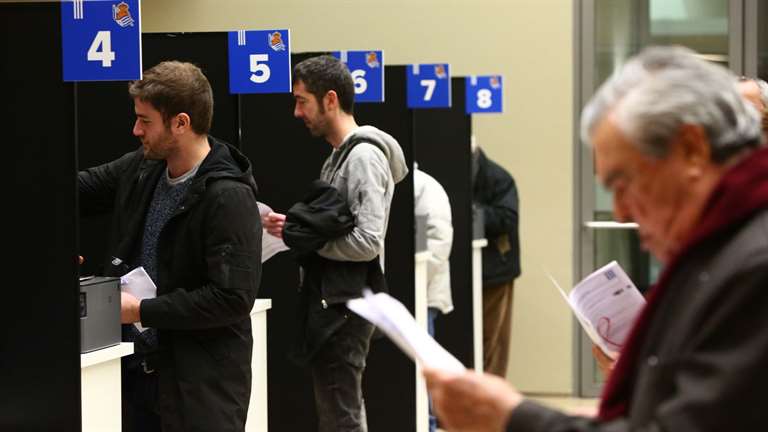 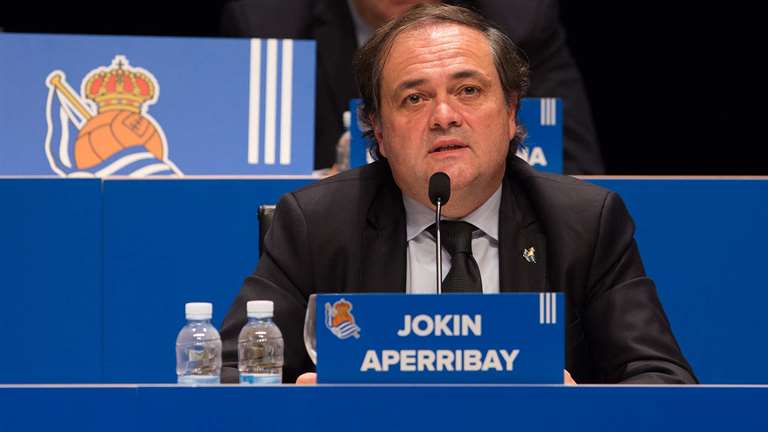 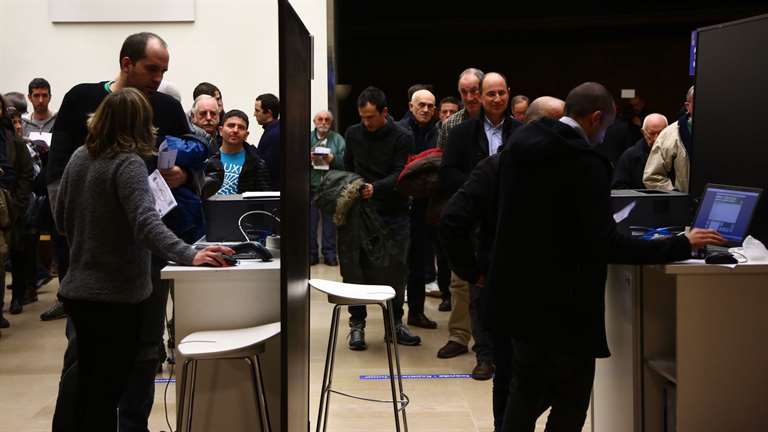 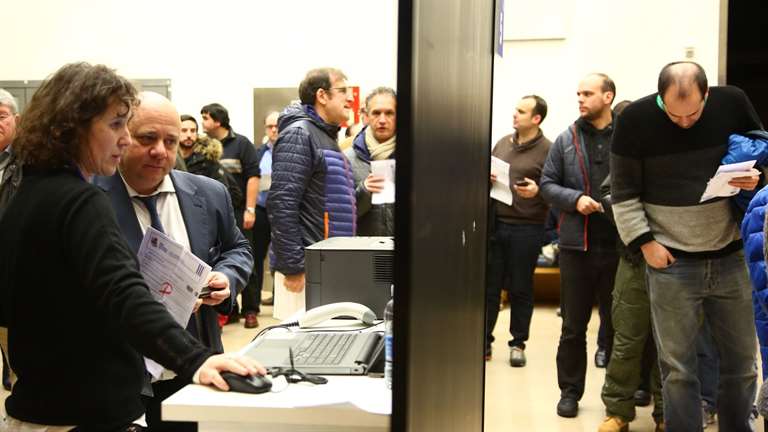 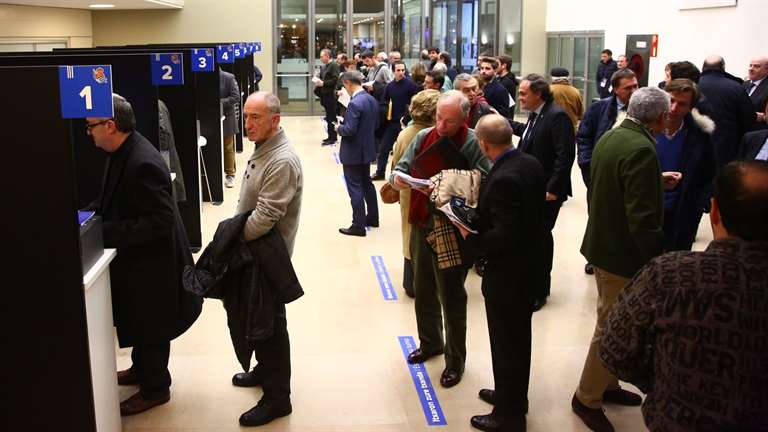 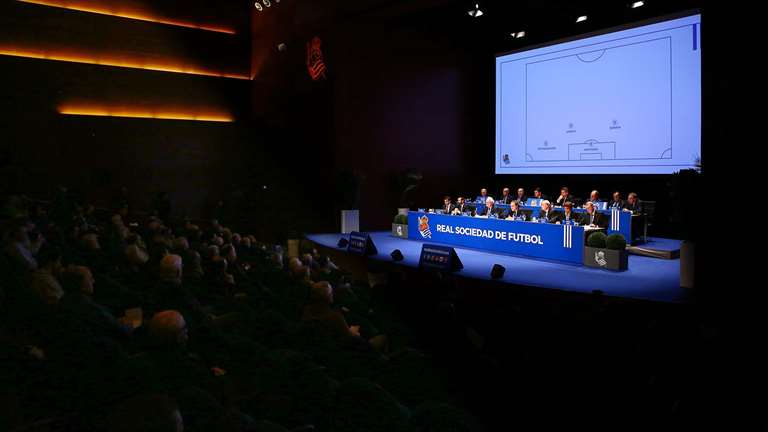 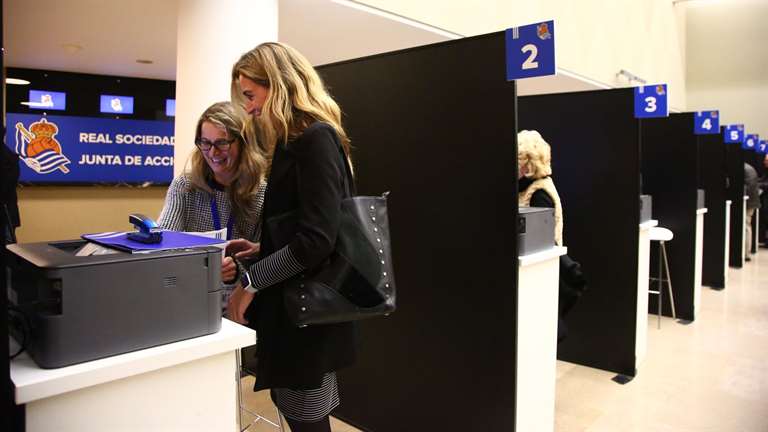 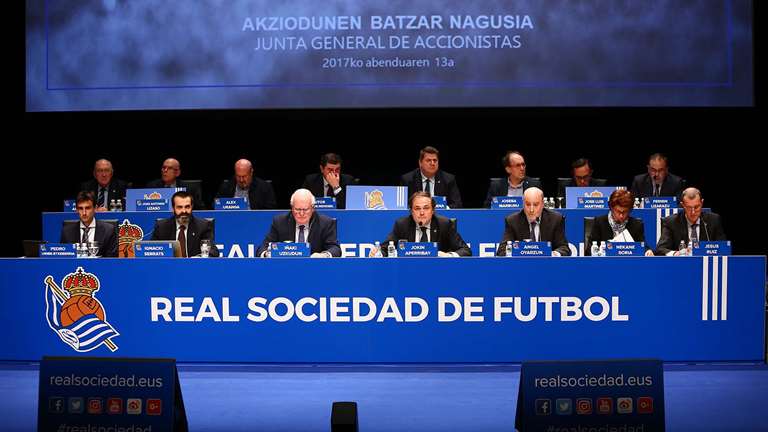 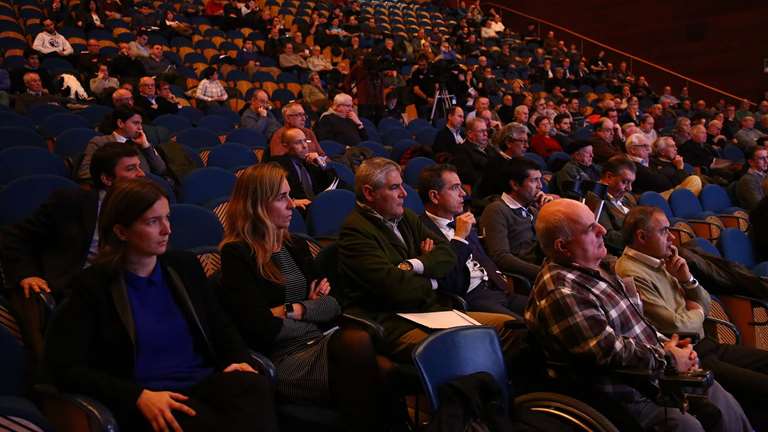 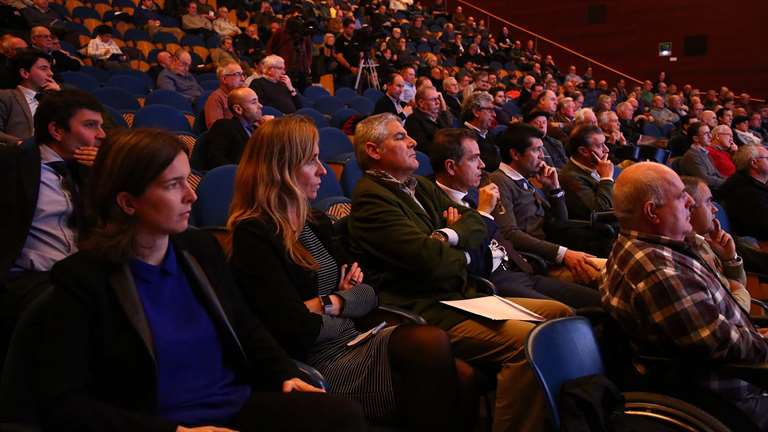 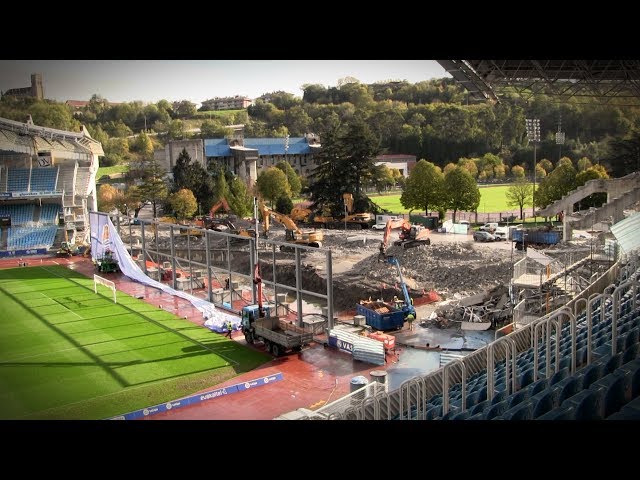 "Congratulations and thank you "

“We didn't play at our best"